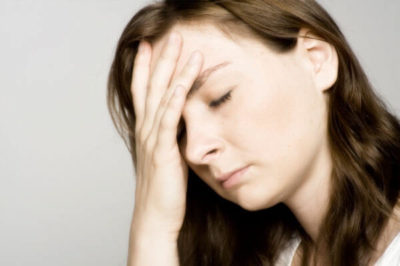 If you’re living the fast paced life just like so many of my patients then it’s possible you’ve developed adrenal fatigue. This condition supposedly affects around 80% of the population at some point in their lives. Yikes! I certainly see a lot of it. We ask so much of ourselves in the 21st century. Our ability to bounce back from emotional, mental or physical stress is dependent upon whether we give ourselves down time to recover or just push on.  These days many just push on.

Busy jobs, gym sessions, trying to become pregnant and exposure to the modern world isn’t necessarily what we were built for.  Sure, we may be able to juggle these things, but when something additional is thrown into the mix such as disappointment of negative pregnancy results, illness within the family, job changes, etc, then the body goes into overload. Where’s the time for recovery?

So, what are the adrenal glands and why are they so important? The adrenal glands are two little thumb-sized organs that sit above our kidneys. They’re one part of the endocrine system and are involved in producing over 50 hormones which monitor all our bodily functions. As I often harp on about, our hormonal system is a delicate system that needs to be kept in tip-top condition, especially for fertility.  Estrogen and testosterone are balanced by the adrenals when all is working well. When we’re under any sort of stress, the adrenal glands release adrenaline hormones which rushes blood to the heart, brain and muscles in a fight or flight response. Then the adrenal cortex pumps out corticosteroids to slow down the functions in the body which aren’t urgently required for survival, such as our immune and digestive systems. So, this process takes its toll on the body when we expose it to stressful situations over and over again.

Symptoms of adrenal fatigue may be:

If this just describes your entire life then perhaps its not adrenal fatigue at all!  Sometimes other factors can cause fatigue such as:

There are some medical conditions that also ave an affect on adrenal function such as Addison’s Disease which can trigger similar symptoms as adrenal fatigue!

If you suspect your adrenal glands are not functioning properly then you should see an endocrinologist and have the appropriate tests done.  In the meantime, follow a healthy diet full of plenty of vegetables and good quality protein.  Avoid preservatives and junk foods and any foods you may have allergies to.  Keep your gut health strong by eating fermented vegetables, natural yoghurt and take probiotics to improve digestion and better food absorption.

Finally, minimize coffee and alcohol intake, drink plenty of water and make time to sleep properly.  The rules never seem to change do they?

Be sure to have a look at our article on Estrogen Dominance. 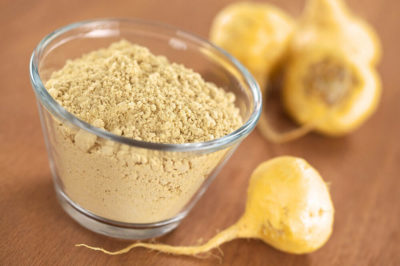 What I like about Maca is that it’s a food not just another supplement. It’s been around for centuries in South America and used by men and women for a wide variety of ailments. Maca acts on the body as an endocrine balancing agent which means it helps regulate hormones, whilst balancing thyroid and adrenal functions. If estrogen production is too high then progesterone can become too low. This is when Maca may be helpful. It has been shown to increase progesterone while controlling estrogen and can be helpful for women with short Luteal phases.

Men too can benefit from Maca, by its abilities to increase healthy sperm production and improve libido.

We recommend 1,500-3,000mg daily.  Please note that it’s important to have a break for a few weeks after about 3 months of taking Maca.  This is to ensure the body remains responsive to its phytonutrients.

Like with many herbs and supplements we do not recommend continuing to consume it through pregnancy.  Although people have been known to take it with no toxic affect on mother and baby, there is just not enough evidence to be certain.

On a final note, please know that Maca comes in a variety of colors from golden to red, purple and even black.  The darker shades contain higher amounts of iodine which could wreak havoc with your thyroid.  In some cases this could be beneficial, but mostly not.  So, stick with the golden color and remember that more is not always better!  Now go find some of this super…food!

Be sure to check out our blog re Magnesium. 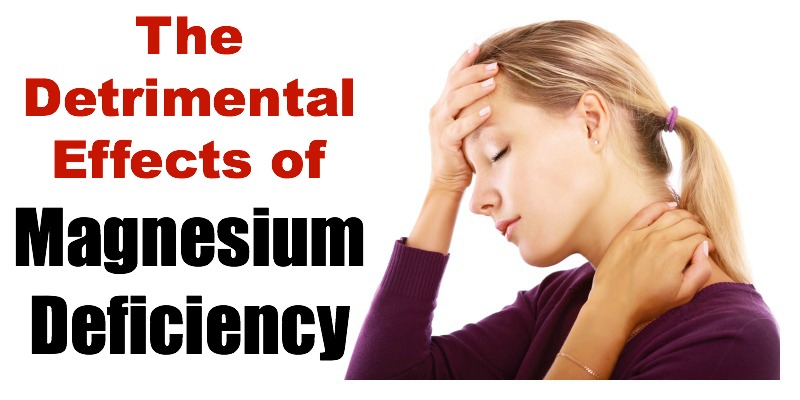 Magnesium is probably my favorite supplement!  It’s becoming every practitioners best friend!  As we get older our bodies become less efficient at absorbing minerals and considering magnesium is the 4th most abundant mineral in the body we require plenty of it to be replenished.

It’s used by every organ in the body to build DNA and for detoxification.  In our culture today we tend to consume too much calcium and not enough magnesium.  This is what causes our muscles to go into spasm and is linked to heart attacks.  The calcium causes the heart muscles to contract and there isn’t enough magnesium to allow it to relax again.

Unfortunately, it’s being farmed out of the soil over the years so even thought it’s found in green vegetables the quality is not as it once was.  It’s still important, however, to eat plenty of rich green vegetables, beans, nuts, seeds, avocados and seaweed to top up your magnesium.  In most cases we require a supplement (preferably powder form) to be sure you’re receiving a good dose and the right absorption.

There’s new evidence to show that magnesium L-threonate is better absorbed and has amazing cell penetration.  This is important because the majority of our magnesium lives in our cells not in our blood (this is why blood tests rarely show magnesium deficiency).  Whichever source you use make sure it doesn’t contain too many unnecessary fillers – Vit D, Vit K2 and calcium also help better the absorption of magnesium.

Within the clinic I see so may ailments easily remedied with a daily dose of magnesium powder.  Most commonly are headaches, constipation, insomnia and nervousness.  There’s plenty of evidence showing a long list of issues caused by magnesium deficiency.

Common symptoms we see in the clinic are

Also important to note that too much sugar causes our body to excrete magnesium through the kidneys leading to a deficiency.  Other than foods and supplements, magnesium can be absorbed through the skin by doing epsom baths and using oil a few times a week.  Ask your practitioner if you could benefit from some form of supplementation.

Suffering from the post holiday lulls? Pants too tight? It’s not always easy to break habits such as overeating and binge drinking. Planning is the key.

Set an initial goal of 1 week. Most people find the thought of eliminating sugar and alcohol for any length of time to be overwhelming. This only sets you up for failure. Generally, a week a of healthy habits leads to a more ongoing routine. Set aside a week to reset by replacing alcohol and soft drinks with heaps of water and herbal teas. Include loads of veggies and fruit (berries are best)…sugar cravings will dissipate. Go easy on carbohydrates, especially at breakfast, and start to burn off that excess glycogen (excess glycogen leads to excess calories).

Many people do well doing a morning fast a couple days/week. During the night the body goes through the elimination process and fasting for a few hours after waking can assist the body in cleansing even further. (Intermittent fasting does not slow down your metabolism, but actually causes the body to tap into fat stores!)

Here are some tips on cleaning up for the new year:

Note to self – if you cave in at any point, don’t punish yourself by continuing to binge. Wake up to a new day and reset! 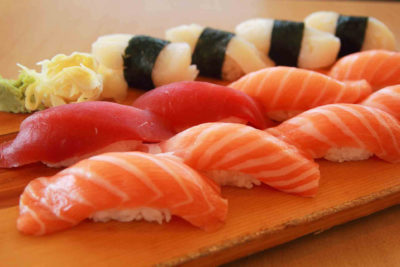 Is Listeria dangerous to a mother and unborn child? We all hear about foods not to eat once pregnant or after an embryo transfer.

Firstly, Listeria can be found in almost everything. One in 20 adults carries the bacteria but remains unaware because of having no symptoms. It’s an illness caused by consuming foods that have been contaminated by a bacteria found in soil, water, chicken, cows and animal feces. The infection can be dangerous for the elderly, ill or pregnant women. Listeria can cross the placental barrier which can cause serious fetal infections leading to miscarriage, premature birth, still born or an ill child. Although fairly rare in Australia, pregnant women are around 10-20 times more likely to get Listeria than other healthy adults.

Symptoms can be mild to severe –

It can feel a bit like having food poisoning so do have a check-up if you’re pregnant and feel such symptoms. If your blood test shows you’re positive for Listeria then you will be given antibiotics which should clear up the infection.

To prevent any risks from Listeria it’s best to avoid certain foods to begin with and remain hygienic. Listeria flourishes in your refrigerator so if you haven’t eaten your goods within a few days then toss them out while pregnant. Wash all your produce really well when you bring it home (or even from your own garden) – cooking food kills Listeria.

So, limit your raw food intake. Only eat takeaway food if it’s hot and not sitting around at room temperature.

We also recommend following these guidelines immediately after an embryo transfer. Everyday I’m asked if during the 2 week wait you should treat yourself as you would during pregnancy. Well, yes, because that’s the goal and to have the attitude that ‘the last transfer didn’t take so neither will this one’ can lead to distress when you get a positive pregnancy test and haven’t taken care of yourself up until that point. So, avoid Listeria foods, don’t over-exercise (especially if you weren’t doing it before pregnancy), avoid alcohol and other toxins.

We at The Fertility Pod – Acupuncture & Nutrition can give you more information re this article and a whole host of other issues.

END_OF_DOCUMENT_TOKEN_TO_BE_REPLACED 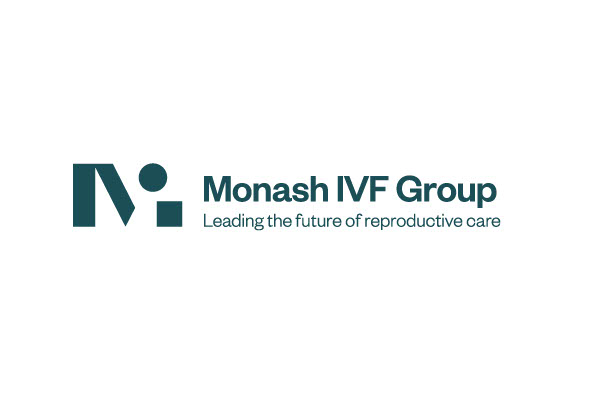